Center for Disease Dynamics, Economics & Policy (CDDEP) and Princeton University, human consumption of antibiotics has increased by 36 percent between 2000 and 2010.
" />
(860) 213-8106
Request an Appointment

Antibiotic Use Could Influence Polyp Development 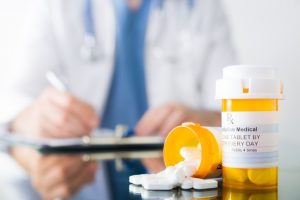 This statistic may seem irrelevant, but the steady increase in antibiotic use is posing a serious global health threat. Our reliance on antibiotics leads to bacterial resistance.

A recent study suggests another danger of overusing antibiotics. The medical journal Gut published a study which found that long-term use of antibiotics significantly increased the chances of polyp formation, which could develop into colon cancer. Using data from the Nurses Health Study, researchers discovered that subjects who took antibiotics for two or more months between the ages of 20 and 39 were 36 percent more likely to be diagnosed with an adenoma or polyp compared to those who did not take antibiotics for an extended period during their 20s and 30s. The risk for adenoma development was even higher in the age category of 40 to 59.

Although more research needs to be done to determine what exactly happens in the colon during antibiotic use, the theory is that antibiotics kill some of the normal gut bacteria, which allows for abnormal bacteria to thrive. Developing diarrhea after taking a course of antibiotics is quite common, and it could be a direct result of the elimination of the healthy gut bacteria.

Does this mean that doctors should stop prescribing antibiotics? The obvious answer to this question is “no.” Antibiotics are essential to treating bacterial infections, some of which could be fatal if left untreated. However, according to a study cited in the Washington Post, almost one-third of antibiotics that are prescribed in doctors’ offices, emergency rooms and clinics are not needed. This translates to 47 million unnecessary prescriptions distributed each year for viral conditions that do not respond to antibiotics. Some of these conditions include colds, sore throats, bronchitis, and flu.

Associate Professor Graham Newstead, the head of the colorectal unit at the Prince of Wales private hospital and director of Bowel Cancer Australia, shared some important insight. Newstead advises that antibiotics should be taken responsibly and only when necessary. “It does seem to indicate that people who have too many antibiotics might be at more risk of getting polyps than people who have less of them,” Newstead said. There is an undeniable link between antibiotics and polyps, and Newstead reminds us, “… not all polyps turn to cancer but the cancer comes from the polyps. If you have more polyps or tendency to get polyps then maybe you are slightly more at risk of getting cancer.”

Antibiotics are useful when prescribed correctly. This new study provides useful information to help patients examine their own symptoms before asking their doctor for an antibiotic. Matching an antibiotic to a condition which it will effectively treat will help prevent resistant strains of bacteria and may also help you prevent colon polyps (Source: The Guardian).